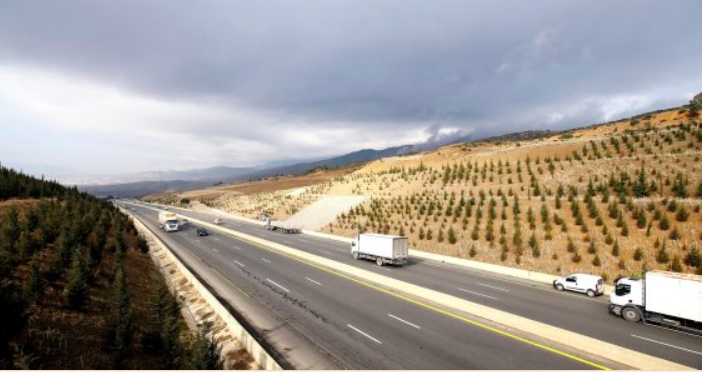 Six African countries will be connected by this road, which will also improve transportation and spread high-speed internet across the continent. The final section of what has been referred to as the African Unity Road is almost finished at In Guezzam, which is located on the border between Algeria and Niger.

The Trans-Saharan Highway, which was conceived more than 50 years ago, stretches nearly 5,000 kilometers from Algiers to Lagos in Nigeria. Its objectives are to boost regional trade and regional integration between the north and south of the Sahara.

According to Fayçal Amrouche, Wali of In-Guezzam, “The Trans-Saharan is an economic artery for Algeria in the framework of free trade.” “First and foremost, it will have positive economic and social effects on the entire population, which has high expectations for it.

Brahim Ben Khia, president of the Popular Assembly in the Wilaya of In-Guezzam, adds, “Overall, the residents of In-Guezzam are happy with this seven-kilometer stretch of road, which is the last section of the African Unity Road on the border with Niger. It was built in accordance with international standards.

National Road 1, as it is known in Algeria, connects remote areas like Tamanrasset, the historic meeting place of nomadic caravans and still a commercial hub, 1900 kilometers from the capital Algiers, and traverses the country in all of its diversity from Saharan dunes to high plateaus.

The Director of Public Works and Wilaya of Tamanrasset, Noureddine Guellal, describes the Wilaya of Tamanrasset as a crossroads of all African civilizations. “Recent years have seen an increase in barter transactions. Each year, the list of goods to be exported and imported is updated to reflect our needs as well as those of our neighbors.”

The existing sections are being modernized to handle this influx. Their load capacity and width are being increased as a result of technical studies that took into account the harsh Saharan conditions to ensure truck safety.

According to truck driver Louzri Abderrezak, the RN1 is the primary route connecting Europe and North Africa. “We’re toast without the RN1!”

However, it is not only roads that connect people. The internet is another option. As part of another multinational project, the Trans-Saharan Fibre Optic Backbone, this road is lined with thousands of kilometers of cable.

These technical centers keep the bandwidth, which has nearly doubled in the last two years, running.

Director of Post and Telecommunications in the Wilaya of Tamanrasset, Bilel Bouglouf, showed me the incoming fiber strands of the trans-Saharan backbone. “This is where they leave for the border. Algiers and Tamanrasset both have the same internet speed thanks to this trans-Saharan fiber optic backbone.”

The development of digital schools has been made possible by the arrival of fiber optics. This has had a significant effect on students’ education. Director of Abdelkrim El Meghili Primary Boarding School, Ibtissem Merahi

In this sizable southern city, the Internet is altering daily life. More people are using credit cards in stores. To promote creativity and independence, touch-screen tablets are distributed to students in schools.

Ibtissem Merahi, Director of the Abdelkrim El Meghili Primary Boarding School, claims that the introduction of fiber optics has made it possible to build digital schools. “This has significantly impacted students’ education,”

More than 2,500 kilometers from Algiers to a central hub on the Niger border, Algeria has finished its portion of the fiber optic backbone.

Members of the project, which aims to provide a less expensive option to satellite solutions, include six African nations.

According to Mourad El-Allia, secretary general of the Trans-Saharan Liaison Committee, “this project will also give countries without a coastline, no access to the sea, or a submarine cable access to the global market.” “It enables the emergence of start-ups and innovation, as well as the promotion of women’s creative endeavors. Distance learning is also made possible. It enables us to support the digital advancement of our African countries.”

On the same axis, a trans-Saharan gas pipeline connecting Nigeria and Algeria via Niger may become a significant cooperative project.