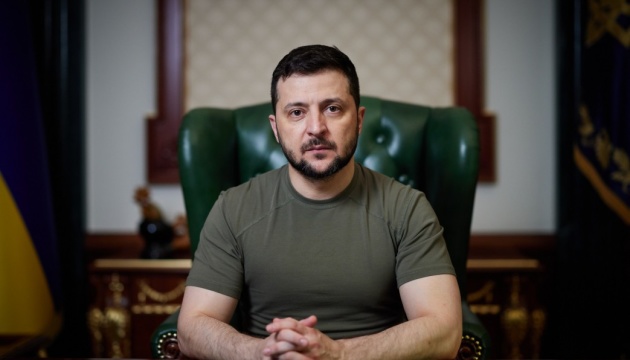 The president of Ukraine, Volodymyr Zelensky, asserts that Russian authorities have begun to “prepare their society” for the potential use of nuclear weapons, but he also said he does not believe Russia is ready to use them.

President Zelensky asserted that a previous statement had been mistranslated in a BBC interview in which he denied having called for strikes against Russia.

In reference to sanctions, he said, “You must use preventive kicks, not attacks.”

The annexations, which are regarded as illegal by the majority, have sparked worries about a potential uptick in the seven-month war. There has been no indication, according to Western officials, that Moscow is prepared to defend those areas with nuclear weapons, even though President Putin and other senior Russian officials have suggested doing so.

At the president’s office in Kiev, President Zelensky spoke in English and said: “They start preparing their society. That is extremely risky.

They aren’t prepared to use it or do it. But they start talking to each other. They are uncertain as to whether they will use it or not. I believe it is dangerous to even discuss it.

Then, using a translator, he said in Ukrainian: “What we see is that Russia’s people in power like life, so I don’t think the risk of using nuclear weapons is as certain as some experts say, because they understand that there is no going back after using it—not only with regard to the history of their country, but with regard to themselves as individuals.”

He claimed that the Ukrainian word he had used during an online event on Thursday had been misunderstood, but he later denied having called for strikes against Russia.

The initial remark was criticized as “an appeal to start yet another world war” by Kremlin spokesman Dmitry Peskov, but Russian Foreign Minister Sergei Lavrov claimed it proved Russia was justified in starting its operation in Ukraine.

After that translation, the Russians “did their way, how it’s useful for them, and began to retranslate it in other directions,” President Zelensky said.

Read Also  U.S. agencies issue a report on the effects of sanctions and caution against supporting Russian military power

A few hours prior to the interview, US President Joe Biden claimed that the world had never been so close to “Armageddon” since the Cold War’s Cuban Missile Crisis due to Russia’s threat to use nuclear weapons.

Russia’s threats, according to President Zelensky, are a “risk for the whole planet,” so something must be done right away. He asserted that Moscow had “made a step already” by occupying the largest nuclear plant in Europe, Zaporizhzhia, which President Putin is attempting to turn into Russian territory.

Although the plant is still run by Ukrainian employees, he claimed that 500 Russian troops were present there.

President Zelensky stated that “the world can urgently stop the actions of Russian occupiers.” “In such cases, the world can implement the sanction package and take all necessary measures to force them to shut down the nuclear power plant.”

The Ukrainian army has advanced significantly in the east and south, taking back towns and villages even in regions that the Kremlin claims are now a part of Russia, thanks to high-tech weapons supplied by the West.

Russian forces were putting up a “good enough fight,” according to President Zelensky, but Ukraine had received weapons – “I won’t say we have enough now” – and soldiers were eager to advance.

A major source of embarrassment for President Putin, the Russian military’s setbacks have sparked unusual criticism of the institution.

President Putin announced the mobilization of hundreds of thousands of reservists amid the losses, which sparked unusual anti-war demonstrations in Russia and a significant exodus of men of military age.

Russians were urged by President Zelensky to “”Fight for your body, rights, and soul,” declaring: “Those kids who have been mobilized now have nothing. lacking weapons or armor. They are being hurled here like ammunition. If they want to be kebabs, let them come. But if they still consider themselves to be people and believe that this is their life, they must struggle.

He claimed that everything Putin is afraid of is his community and not a nuclear attack. He is terrified of his clan. Because only those people today have the capacity to replace him. Take his authority away. To someone else, give it.”

When asked if he would be able to survive if the Ukrainians eventually won the war, President Putin responded, “I don’t care.”

Despite recent EU sanctions, Russians can still use cryptocurrency exchanges, according to a new report