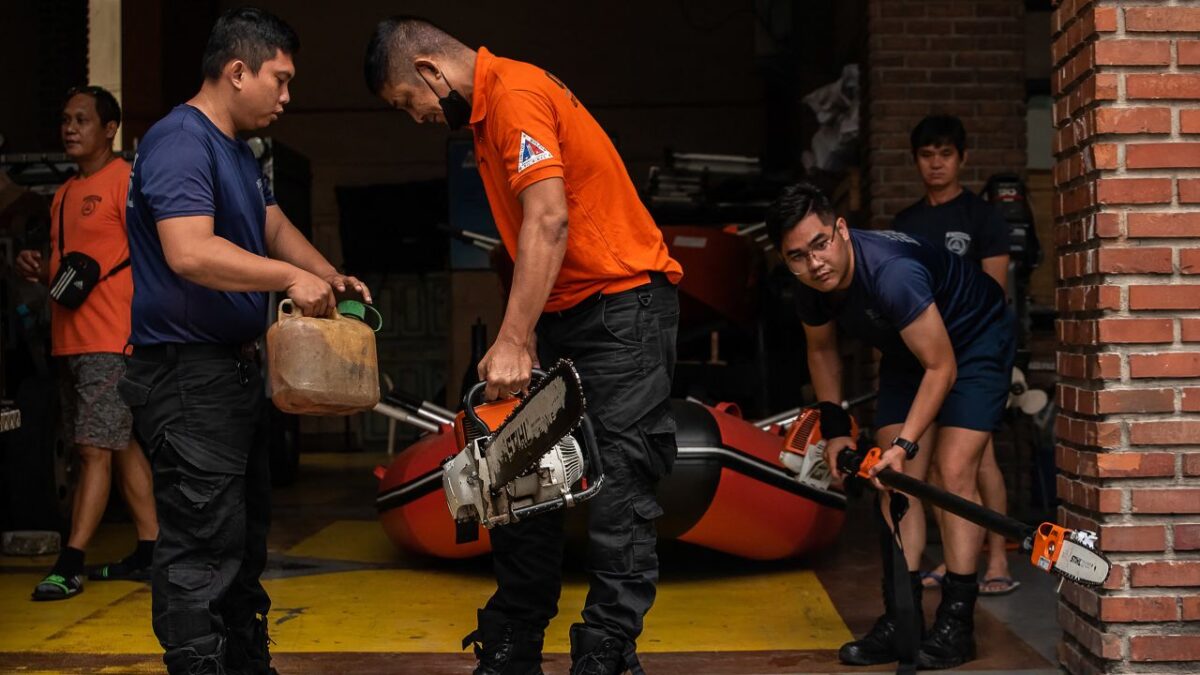 As Super Typhoon Noru approaches, the Philippines has issued an extreme emergency alert.

The National Disaster Risk Reduction and Management Council stated that “the highest emergency preparedness and response protocol has been activated in Metro Manila, Central Luzon, Calabarzon, Mimaropa, and the Bicol region.”

It urged the public to exercise caution, noting that strong winds are expected within the next 18 hours.

The typhoon is expected to make landfall in the northern part of Quezon or the southern part of Aurora in the evening, according to a live hourly television bulletin from the Philippine Atmospheric, Geophysical, and Astronomical Services Administration (PAGASA).

It was stated that it does not exclude an earlier afternoon landfall in the Polillo Islands.

Due to the impending storm, many cities, including Muntinlupa City and Aurora, cancelled classes for Monday, September 26.

Noru currently has winds comparable to a category 5 US hurricane, according to CNN Weather.

Over the next 24 hours, it is predicted to bring Luzon large waves and storm surge, torrential rains, and winds over 200 kph (124 mph).

A signal warning level four was issued by PAGASA for the Polillo Islands in anticipation of potentially significant storm damage.

The storm rapidly intensified in the early hours of Sunday, prompting the warning.

Level two and level three warnings were also issued by PAGASA for much of Luzon, including Metro Manila.

Authorities in Japan reported Sunday that landslides brought on by Tropical Storm Talas had claimed the lives of two people.

According to the Shizuoka Prefecture government, one person is missing after his car slid into a river.

According to the Japan Meteorological Agency, the prefecture experienced its heaviest daily rainfall on record, including a record rainfall of 416.5 mm (over 16 inches) in Suruga-ku, Shizuoka City.

During the downpour, the prefecture advised 1,200,000 households (roughly 3 million people) to evacuate.

It said that more than 1,000 houses and a large number of roads in the prefecture had been flooded, and that several bridges had collapsed.

Brooklyn teen shot and killed by a stray bullet while being held by her sister, leaving behind a grieving family