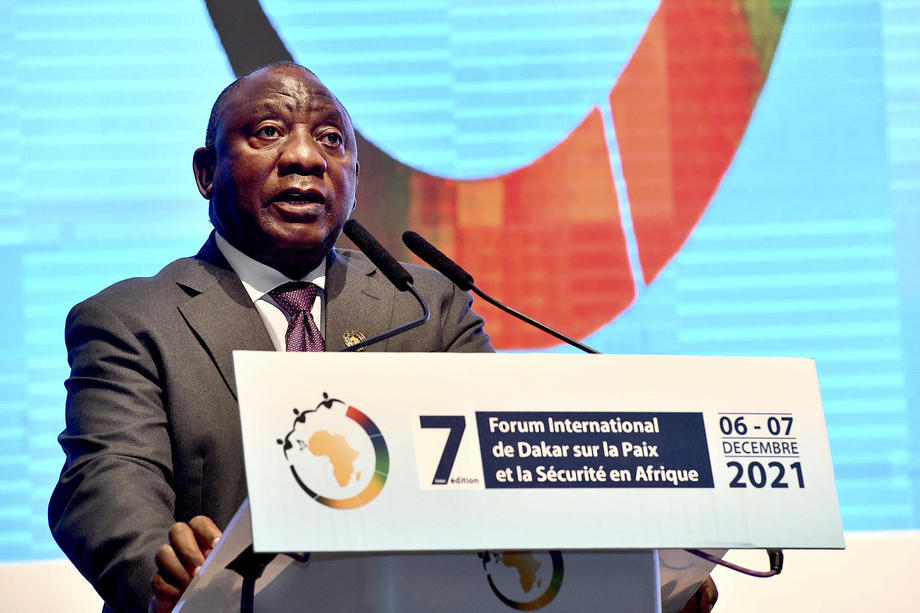 South Africa is dissatisfied with the EU’s travel ban

South African President Cyril Ramaphosa has expressed dissatisfaction with the European Union over the recent travel ban imposed on countries in southern Africa.

The president called the travel ban, which has been linked to the discovery of the new highly mutated coronavirus variant Omicron, unjustified.

President Ramaphosa says the Omicron variant outbreak should serve as a wake-up call to the world that vaccine inequality cannot be tolerated.

“We are deeply disappointed by several countries’ decision to ban travel from a number of Southern African countries, including our own.”

Instead of prohibiting travel, the world’s rich countries should support the efforts of developing countries – economies – to obtain and manufacture enough vaccine doses for their people as soon as possible.” South African President Cyril Ramaphosa stated.

Dr Edwin Dikoli, Botswana’s Minister of Health, believes there are far better ways to handle this issue than to use it to stigmatize southern African countries.

“We were concerned that there appeared to be efforts to stigmatize the variant and the country where it was discovered.” In this case, detection was treated as origination, which should not be an issue even if the variant originated in Botswana. The issue should be the presence of the disease, which should prompt everyone to do everything possible to prevent its spread.

Hatfield province has seen 90 percent of new cases of the Omicron variant. The new variant is thought to be responsible for the surge in infections. Only 24.1% of South Africans are immunized.

Some young people are concerned about the new variant. “Every time I take public transportation, I am terrified.”

“We’re not sure what to expect. The fear is that the epidemic will reoccur, and the virus will be even more potent.”

On Friday, European Union member states agreed to temporarily halt travel from southern African countries due to the outbreak of a new coronavirus variant.

South Africa, Namibia, Lesotho, Botswana, Eswatini, and Zimbabwe are among the countries affected by the ban.

According to the European Centre for Disease Prevention and Control, there is a “high to very high” risk that the new variant will spread throughout Europe.

The World Health Organization urged countries not to impose flight bans on southern African nations due to concerns about the new omicron variant on Sunday.

What is Elon Musk's plan for Twitter going forward?