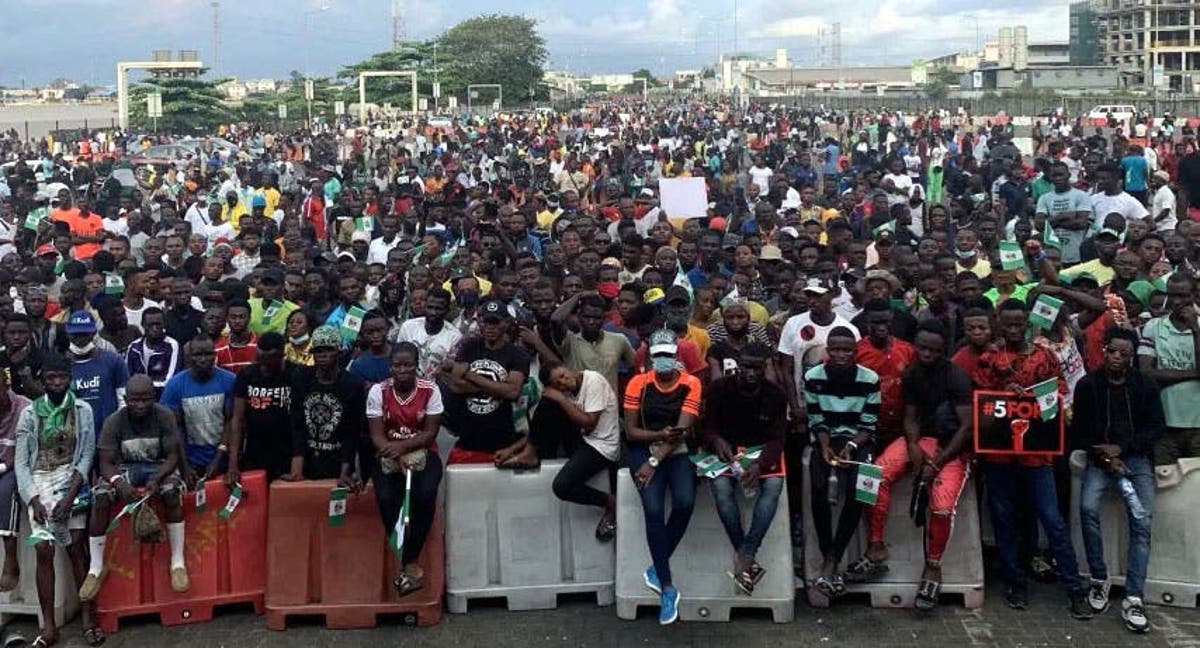 On October 20, 2020, exactly two years ago, shootings at the Lekki Tollgate that were allegedly carried out by the Nigerian Army to suppress youth demonstrations against police brutality sent the entire nation into mourning.

Recall that in October 2020, youths all over Nigeria organized a national protest against the extrajudicial killings carried out by the Special Anti-Robbery Squad (SARS), which had since been disbanded.

On October 20, 2020, at around 6:50 p.m., Nigerian Army officers allegedly opened fire on unarmed protesters gathered at the Lekki Tollgate, killing a number of unwitting bystanders.

Amnesty International reported that at least 12 protesters had been killed by the Nigerian military following the incident, as Insiderblm recalled.

The Lagos State governor, Babajide Sanwo-olu, initially denied reports of any casualties the following day, on October 21, but later acknowledged in an interview with a CNN journalist that “only two persons were killed.”

The federal government, which is led by President Muhammadu Buhari, had also asserted that there was not a single piece of evidence to support any protester’s death at the tollgate.

When contacted by Insiderblm on Wednesday in Abuja, some Nigerians expressed regret that the Lekki massacre victims had not yet received justice.

James Idoko, an on-air personality, bemoaned the government’s insistence that there were no killings at the Lekki Tollgate in the face of video evidence.

“This APC regime is the worst thing that has ever happened to this country,” he declared. First off, they disregard human life and act however they please. The Lekki massacre’s orchestration has been proven to be true by the way the government is handling the current state of insecurity. They have no regard for life.

“These ancient people still maintain it never happened, even after CNN and other foreign media outlets reported that people were massacred in that incident. Awful government, I pray that the spirits of the fallen heroes will remain in the Lord’s rest.

Vicky James, a social media influencer, told our reporter that the results of the upcoming election would teach some politicians, who in her opinion planned the shooting, a serious lesson.

She complained, “In 2020, they pretended not to need us. Shortly after the incident, Tinubu boarded a flight out of Nigeria. According to a proverb, “a clear conscience fears no judgment.” What made him run? And what has he said about it up to this point?

“They murdered innocent people who were claiming a right to something. We were harassed by the police and when we refused, we decided to hold a peaceful protest, at which point they all decided to be killed.

Emeka Daniel expressed hope that a government would emerge in the future that would make sure the victims received justice.

According to Emmanuel Onwubiko, the national coordinator of the Human Rights Writers Association of Nigeria, HURIWA, some of the Lekki Tollgate employees ought to have been detained.

He claimed that those who planned the shooting intentionally removed the CCTV camera from Lekki Tollgate, claiming that this act alone constituted a public crime.

“Operators of the Lekki Tollgate, what they did was to turn off the CCTV camera and they were caught doing that,” he said. That alone is a public offense. And no charges have yet been brought against the perpetrators.

Even though video evidence showed that many Nigerians were killed in the incident, the government and military have not actually acknowledged that deaths occurred.

“The government has yet to respond to many inquiries regarding the Lekki incident. However, we think that one day a government will demand accountability because a crime committed cannot be erased, no matter how long it takes.

“Those who are in government today are making a lot of errors if they think they will be able to escape it. Because so many victims of police brutality were not compensated, some of the panels that were established in the wake of the incident did well but fell short of excellent performance.

Aisha Buhari apologizes to Nigerians for the country’s economic hardship