Home > News & Trends > Entertainment > My journey as a Social media influencer is a story worth telling- Meet the ‘Gringo’ star Dylan Collins. 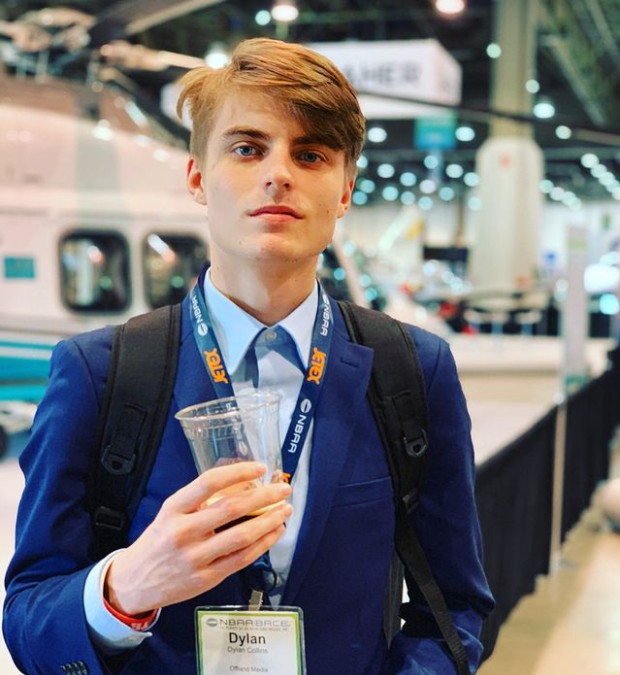 Dylan Collins success story is that of determination and hard work.

Born in 1995 and brought up in Tennessee outside of Nashville in the USA, where he showed a passion for entertainment. At age 15 he began working with the Disney channel ”it factor” and subsequently in the drama; living in sin” with Raging Cowboy Production, following his breakout Vine ‘Gringo’.

Dylan got inspiration from his state, Tennesse which is known to be the home of star entertainers like the Cyrus family (Miley, Noah, Bill), Ed-Sheeran, Taylor Swift, and lots more. this inspiration drove him to his success story today as his Social Media page also played a vital role as it was a template for popularity in the world of entertainment with over a quarter of a million followers on his verified Twitter account at age 16.

His social media recognition marked a new era for him to host several meet-and-greet events such as his hit event ‘Hoot-A-Ween’ attended alongside his friend Austin Mahone, Justin Beiber’s ex-girlfriend and best friend; Christian and Caitlin Beadles respectively.

Dylan released his first single ”Fatal Attraction” in early 2015, he became widely popular with Brazilian fans in particular causing him to trend at no 1 spot for the entire nation of Brazil who begged the ‘gringo’ to begin a meet & greet tour in select Brazil Cities in 2015 and also starring in Brazilian’s most popular Tv show ‘Parico’ he was able to win the hearts of teenage girls.

Collins is an actor & musician who is very professional in his work, he has made a name for himself in the music and entertainment business and has kept his professional tour very known.

He won first of his state in acting at Nashville, Tennessee music city, he has worked with a plethora of actors from Disney, Vampire Diaries, ABC. He now trends worldwide with his continuous involvement in acting, hosting and often entertainment gigs.

Collins story is truly an inspiration ‘ the power of social media is not to be overlooked as it as brought Collins to stardom today .