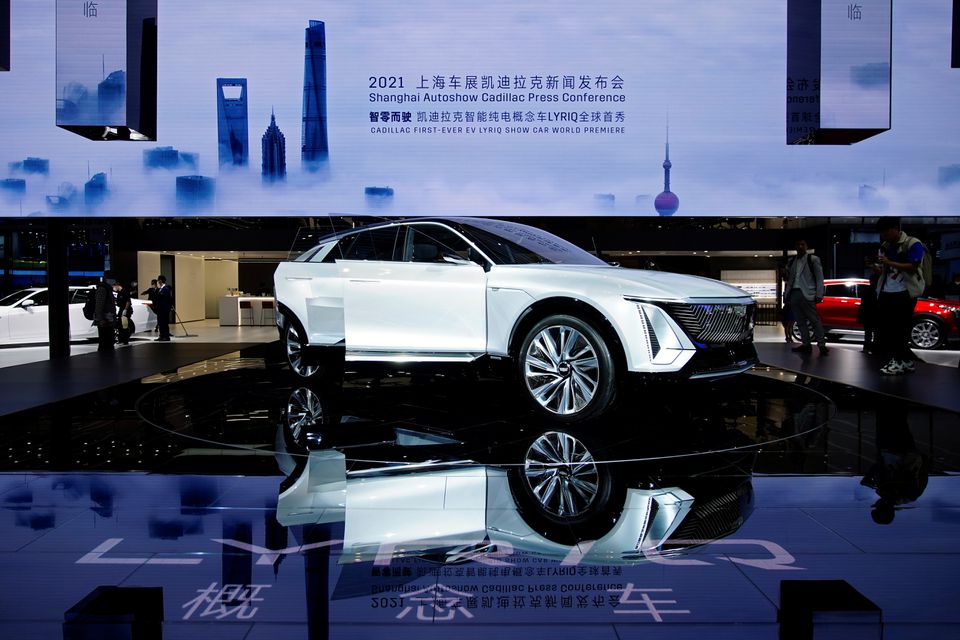 General Motors stated on Friday that it wants the U.S. to approve federal tax credits for the electric Cadillac Lyriq. Treasury to reconsider how it classifies the vehicle.

The Lyriq cannot be purchased for more than $55,000 at retail in order to be eligible for up to $7,500 in federal tax credits since the Lyriq is not considered an SUV by the Treasury and Internal Revenue Service. The starting price for the Lyriq is currently $62,990. SUVs may cost up to $80,000 to qualify, but only up to $55,000 for cars, sedans, and wagons.

The needed clarity for consumers, dealers, regulators, and manufacturers will be provided by upcoming guidance on vehicle classifications, according to GM, which told us on Friday. “We are addressing these concerns with Treasury,” the company said.

GM recommended that Treasury employ standards and procedures akin to those used by the Environmental Protection Agency and the Energy Department. This promotes uniformity among current federal policy and clarifies things for consumers.

In 2022, GM only shipped 122 Lyriq vehicles to Americans. The classifications were defended by a Treasury spokesperson who claimed that the organization used fuel economy standards “which are already-existing EPA regulations that manufacturers are well-acquainted with. These specifications provide precise criteria for distinguishing between cars and SUVs.”

The EV tax credit was changed by legislation approved by Congress in August, and the 200,00 vehicle per manufacturer cap that had made GM and Tesla (TSLA.O) ineligible for EV tax credits as of January 1 was also removed.

Elon Musk, the CEO of Tesla, stated this week that the EV tax rules were “messed up.” The Tesla Model Y seven-seat version is an SUV and is eligible for the credit, whereas the five-seat version is not.

While the all-wheel drive version is considered an SUV, the Volkswagen (VOWG p.DE) ID.4 is not, according to the IRS. Friday, VW declined to comment.

Treasury announced last month that it would postpone until March the release of proposed guidance on the mandatory sourcing of EV batteries. As a result, some EVs that don’t comply with the new standards have a limited window of opportunity to qualify for the full $7,500 tax credit before the battery regulations take effect.

Apple will contract with Luxshare to produce iPhones in China – FT